(“There are only so many pirouettes in a set of hocks.”)

Whether you are trying to teach your horse a new movement or learn how to do it on one who is already schooled, the bigger your tool box, the better off you are. Not only will one method work better than another on a given horse or at a particular time, but knowing many roads to Rome will give you a better understanding of how the whole System fits together.

Let’s take canter pirouettes for an example. Follow along with the reasoning even if you have never ridden beyond First Level. The specifics will vary, but the principles are the same across the board no matter what you are trying to teach.

The first thing is to be able to visualize what a correct one looks like as seen from the front, the side, from above, and from in the saddle looking between your horse’s ears.
His outline should be round. You must be able to shift his weight  to the rear, i.e.: he must be collectable. He must carry himself—not be braced against your hand. In the movement he should be slightly bent in the direction he’s turning.
You also need to know the basic formula—the aids —to make the movement happen.

The essence of a successful pirouette is the quality of the canter. Be sure you can check these boxes before you even try one. Can you shorten the canter with half halts and using your seat without pulling or hanging on him? Have you incrementally introduced the very collected canter steps which appear at the end of Fourth Level test one? Can you make balanced transitions from canter to walk and willing, resistance-free reinbacks?
Your horse must also be easy to displace laterally. Obviously he must respect your leg but he must also follow your weight aids. Turns on the forehand, turns on the haunches, and especially travers must all be workable— not that he just goes through the motions but he honestly answers each aid when asked. These are all preliminary requirements if you want to stand a prayer to do proper pirouettes.

With some movements—flying changes, for instance— after you have established all the preconditions, sooner or later you have to just pull the trigger and try one. Not so with pirouettes. Starting small, which is actually to say starting big, is the way to go. There are various patterns to use, but the basic concept is to develop a “working pirouette” which can even be just a few steps, and then over time as the horse becomes stronger and more confident, you can do more steps and make the diameter of the circle smaller till he can perform it on the spot.

One approach is to start on a 20 meter circle in the canter, collect it, and then gradually spiral inward in half pass. If your horse starts to labor or struggle, simply enlarge the circle, and try again. When it feels good, turn the forehand around the quarters as you would in a large walking turn on the haunches. As always, get out of it before things go wrong. You may spiral in and out for some weeks before you ever attempt a turn. Taking the time to develop a good working quarter pirouette is far better than creating an out of balance, worried horse who spins and falls onto his inside shoulder. 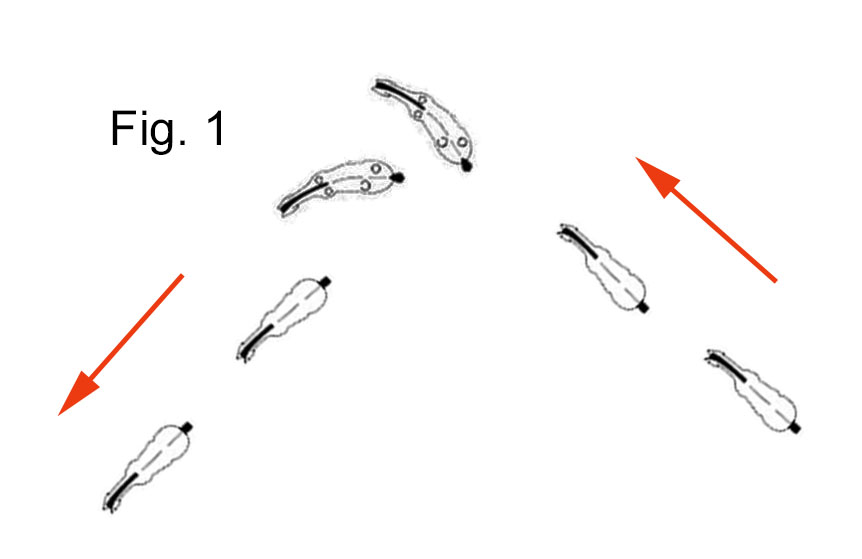 [Figure 1]. Come out of the corner in collected canter proceeding on the short diagonal. As you approach the center line, collect even more and turn the forehand to the opposite corner of the same end of the arena. One side benefit of this exercise is you end up going the same direction on the same lead. It is wise to separate the training of the pirouettes from schooling the flying changes to avoid your horse anticipating them. There are several useful variations to this pattern. If your horse seems to know what’s coming, instead of the triangle do it from the 20 meter circle. As in Fourth 1 make very collected canter as you approach the center line and make a quarter pirouette onto that line, re-joining the circle in the same direction on the opposite end of the diameter. Choose any place on the circumference as the point to begin.

Or going back to Figure 1, instead of making the apex of the turn at the center line, continue on the short diagonal to the opposite rail and use its presence to help back your horse off. Then make the turn and proceed along the track.

make actual pirouettes easier. Figure 2 shows the horse proceeding along the track on the right lead. Half pass inward several steps. Then with your legs in the same position, yield him smartly off your inner leg and into the outside rein as you move him back to the rail. Balance him back with a half halt, and send him off the track in a new half pass. When it feels good, turn the forehand in a few pirouette steps. 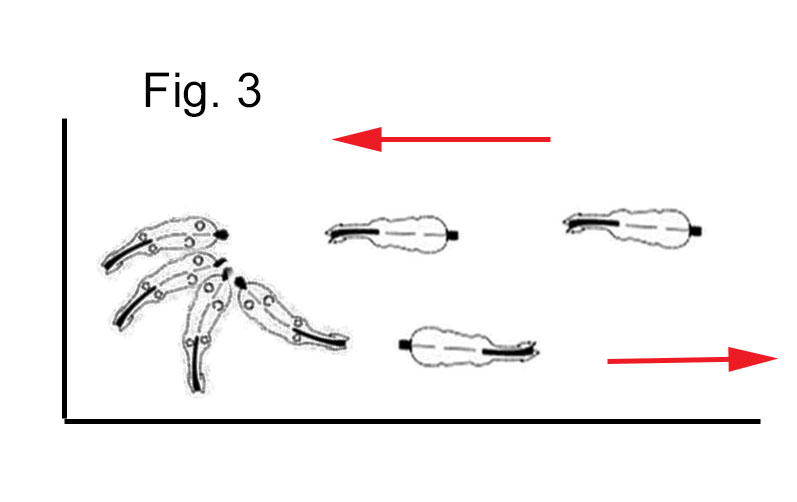 Another exercise [Figure3] is suitable for a horse who does not get claustrophobic but doesn’t always hold himself up and make the circle of his hind legs small enough. You can do this in a regular dressage arena but it works better in an indoor ring with solid walls. Ride down the quarter line in counter canter. As you approach the end of the arena make his steps very collected and turn into the corner using it to help frame the size of the figure. Come out of it on the true lead riding down the track.

These are a few of many exercises you can use to develop the canter pirouettes.

Over-practicing actual pirouettes can be very hard on a horse’s hocks. These exercises are less stressful but keep your horse primed and ready to give you a good one when you need it.