(“GoPro was just what you didn’t do to go to the Olympics.”)

Set the Way Back Machine for at least 50 years ago. There was some real riding going on back then, but in the dressage world you could count the good riders on Marilyn Monroe’s rumored extra toes. The eventors were the likes of Plumb, Page, Wofford, Freeman, and a few others. Most of the rest of us hadn’t a clue.

This was before the age of video, and even amateur movie film was hard to come across. Can you imagine trying to replicate something you’ve never seen anywhere but in a few black and white photos in books from the library? I can remember when GoPro was just what you didn’t do to remain eligible for the Olympics.

Consequently my first ever dressage test looked like this. And mine was not the worst! Furthermore I didn’t even know how dreadful it was. I did follow the pattern after all. I may have had the notion that his head was in the wrong place, but I don’t remember for sure. It was a year or two later that I went to Fair Hill as a spectator and saw horses in a strangely round outline and going sideways on purpose!

With a little help from Photoshop maybe my ride looked like this. 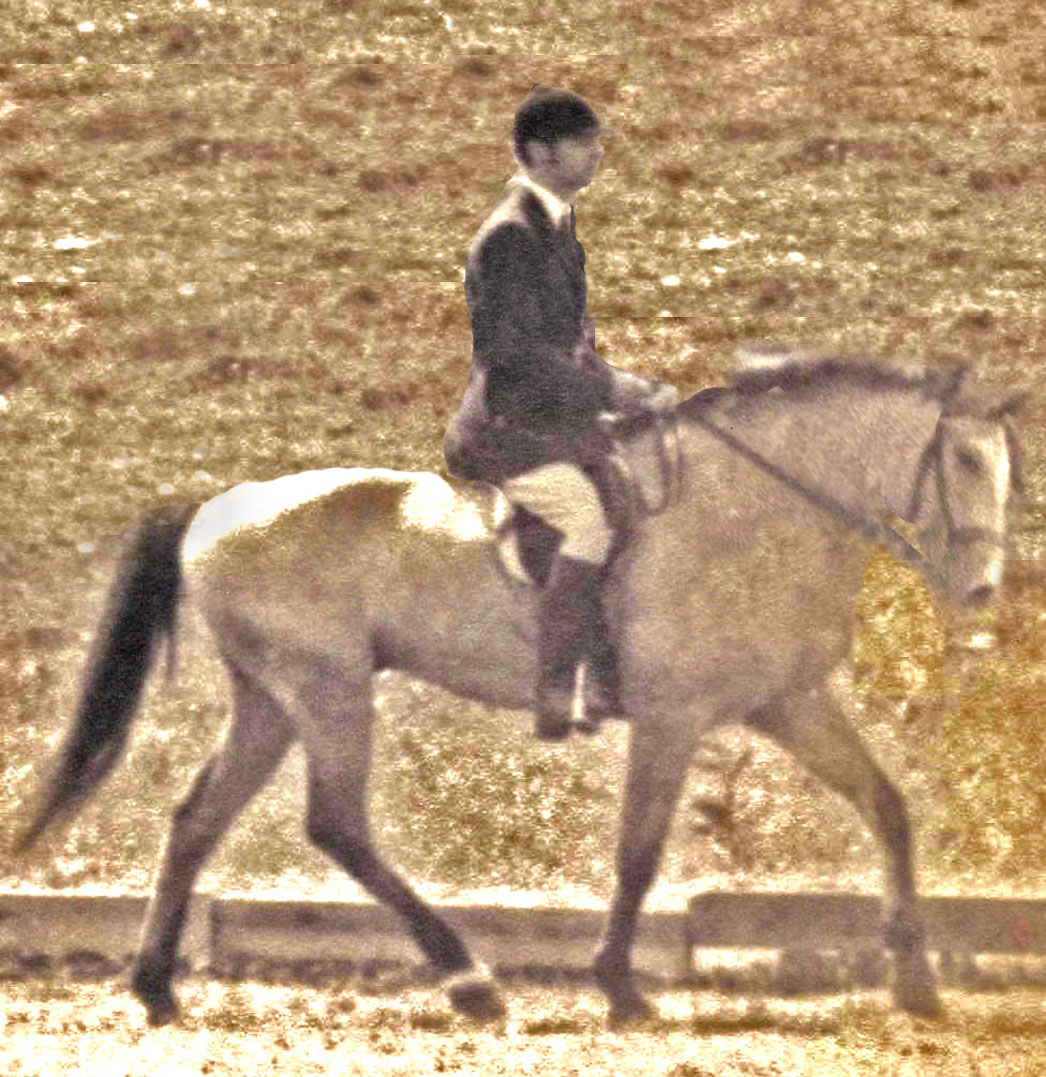 But probably not. I didn’t even know it was supposed to.

It was the 1970s when things began to change. In the Eventing world milestones were Neil Ayer bringing big time international competition to the US at his Ledyard Farm in Massachusetts and the USET hiring Jack LeGoff to coach our team. In Dressage it was the founding and rapid growth of the USDF. More on these topics in another post.