As I explained in a blog some years ago, whenever I flew out of the Tampa airport headed for a clinic or judging gig, when the flight took off on runway 36 as it ascended I could look down on many of the farms where I taught on the north side of the city. We would still be at a relatively low altitude where familiar streets and homes were still recognizable. I could also pick out my students’ dressage arenas, and my spying eyes could easily determine if the circles they were making were round. And when I got home, they heard the good or bad news from me.

Completing Elizabeth’s new home on our property spurred me to check on Google Earth to see what the farm now looks like from above. As the photo shows, not only is the 20 m circle round, but as you zoom in you can see that the horse in the arena is correctly bent also. Total slam dunk! 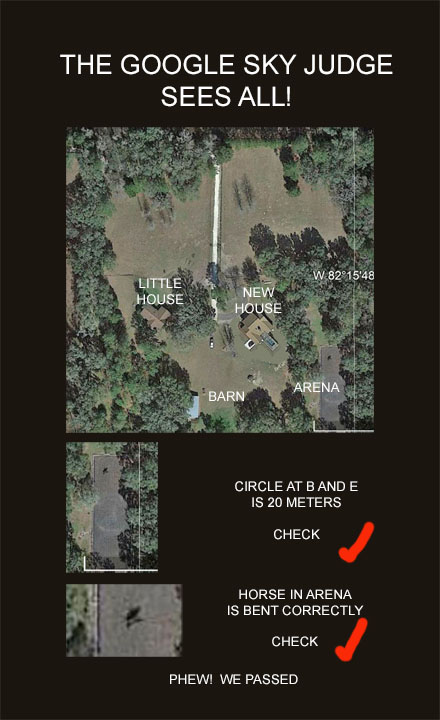 Go ahead—see what your own arena looks like from a bird’s eye’s perspective.