Riders are herd animals. Much like all those suburbanites with yellow diamond Baby on Board signs or stick figure families pasted on their SUV’s rear window, horse people have had their own odd bandwagons to jump on.  Some examples: 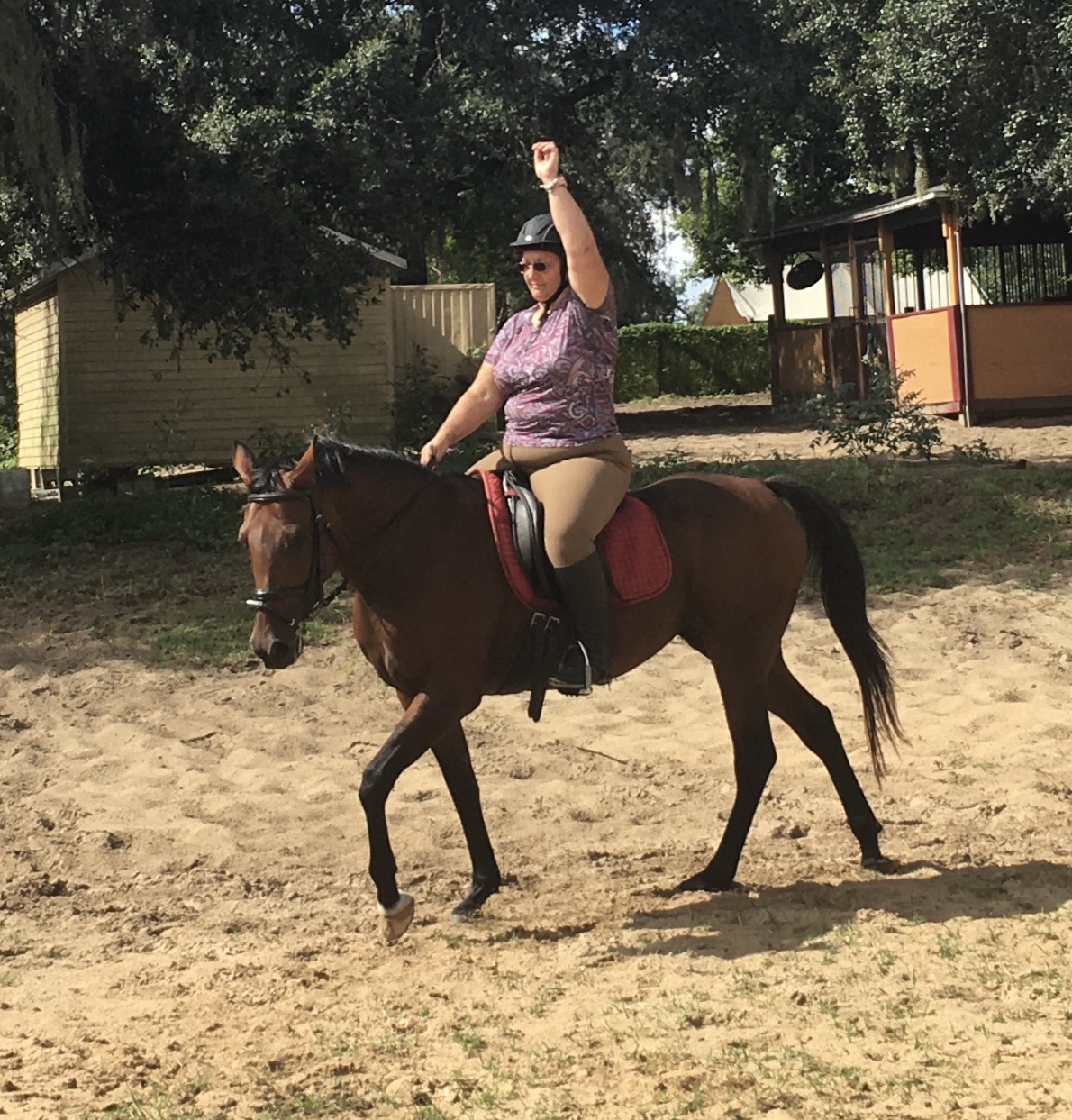 In the 80s and 90s it was common to arrive at an arena to watch a clinic and be greeted by middle-aged ladies walking round and round on small circles on their horses “warming up” with one arm raised high in the air. This was a Sally Swift Centered Riding exercise. The idea was that your imaginary raised arm lifted your inner rib cage and kept it from collapsing. Their misunderstood link was that once you got the feel of the lift, you were supposed to put your arm back down!

For a time a stylized exit at the end of tests was popular. Rather than simply leaving on a long rein, the riders would make a 10 meter circle in front of A and depart straight out the center line. If you had just completed your Olympic ride and with doffed top hat were acknowledging the crowd’s accolades, that worked fine. If you had just done a 55% Beginner Novice test, chances are the judge was just wishing you would please go away as expeditiously as possible! 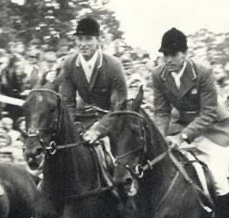 noseband. Its ubiquity sprang from a photo on the cover of the USCTA News honoring our gold medal eventing team, all wearing figure 8s in their group portrait. This fashion statement was soon after cast aside by “pure” dressage riders when word got around, true or not, that older judges viewed a horse wearing one unfavorably, assuming he needed it because he pulled and was heavy.

And finally, let’s not leave out all those contented twirlers who, having drunk the Kool-Aid, shelled out $42.60 for a carrot stick plus $18.60 for a savvy string . (Note: on the website both for $59.93, a savings of $1.27) No doubt, to be in the mode they had overlooked my own on-line store which offers:

The Celery Schtick . . . “It works as well as any other vegetable training aid but it’s totally organic, and because it’s grown locally, it’s CHEAP.”