AN INTRODUCTION IS IN ORDER! 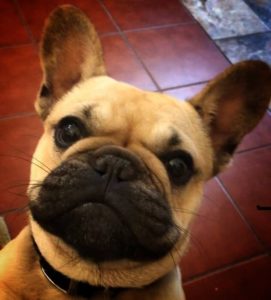 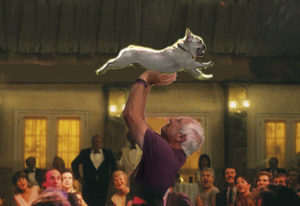 (Above) Nobody puts Alan in the corner!

Alan loves to travel. Here he is on the beach at Kiawah. 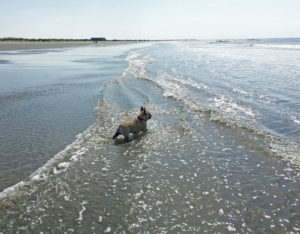 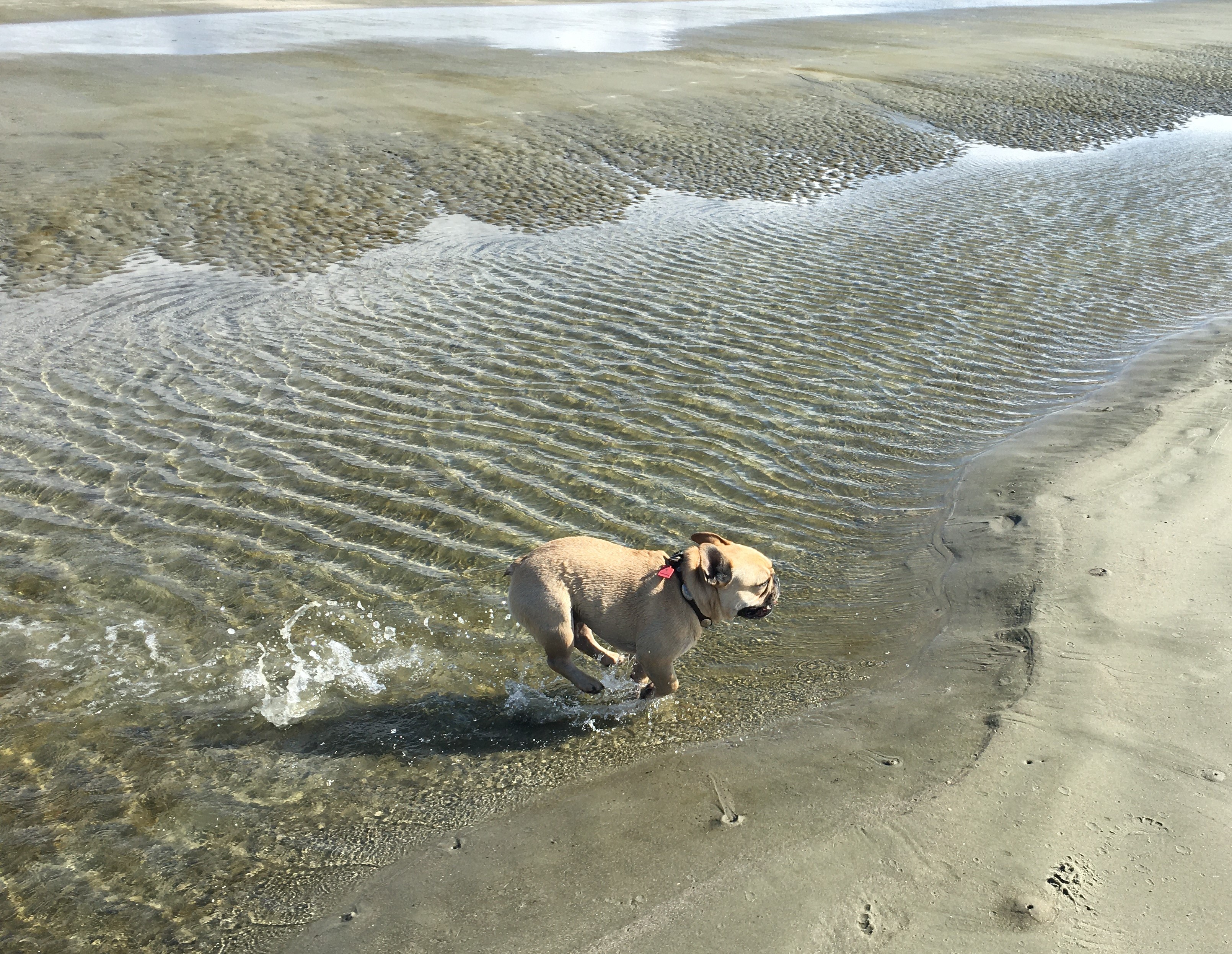 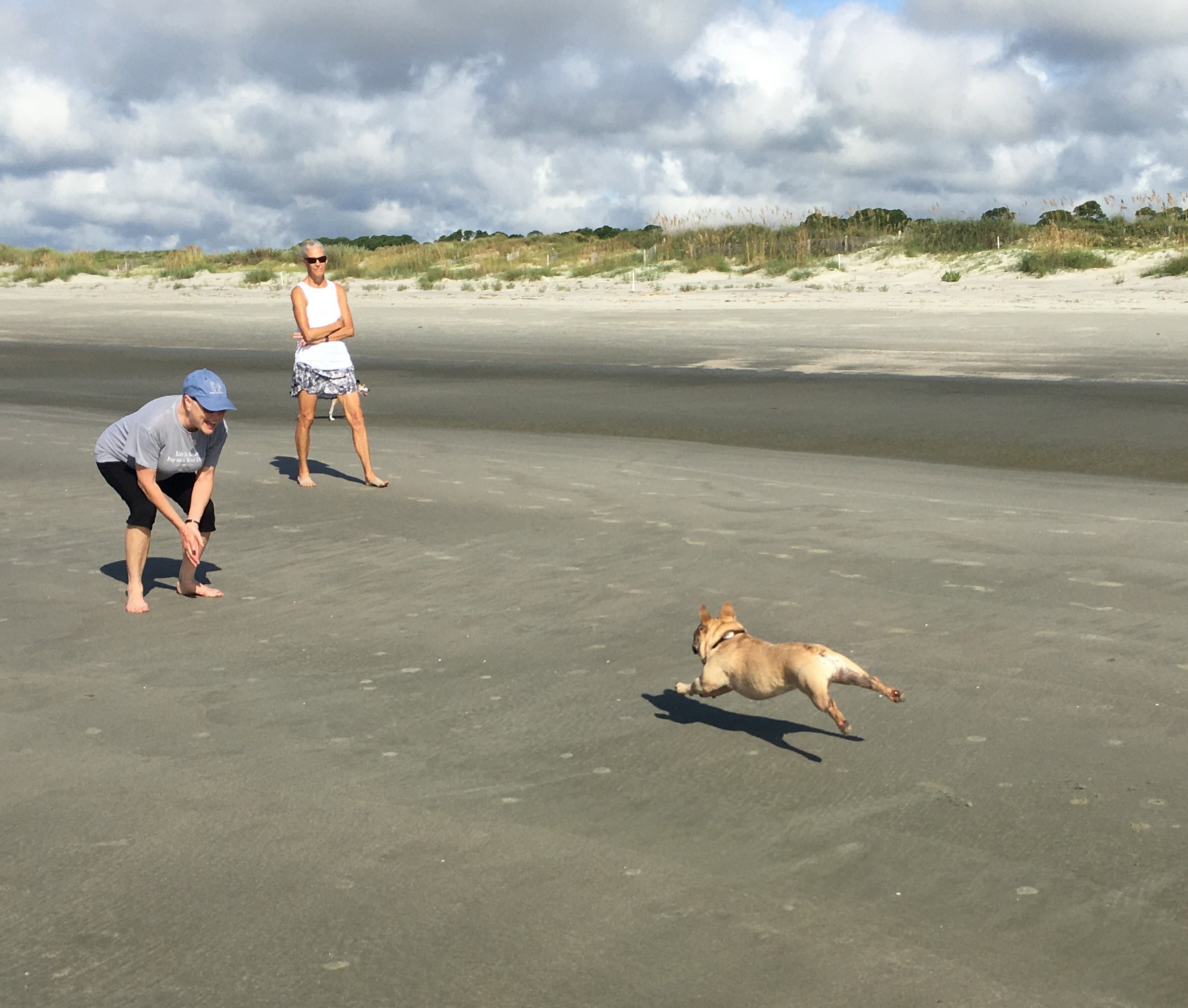 When he saw we were leaving for New England, here was his reaction: 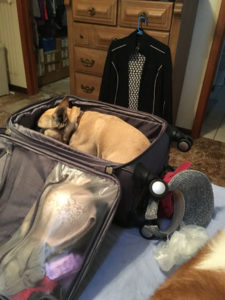 Alan is taking well to his studies. He is learning prime numbers, the first six digits of pi, and the state capitals. He can recognize when riders are on the wrong diagonal. He is learning to tell if a change is late behind.
He knows not to bother Nils, the ferret who rides in Bill’s hip holster to be released when a horse is too lazy behind in a lesson. Animal lovers, please don’t worry that Nils would harm a horse with his teeth. He carries a tiny red lunge whip for the job.

Aside from learning to respond to Bill’s voice, Alan has begun to speak English words. He already knows Ruth, roof, and rough! 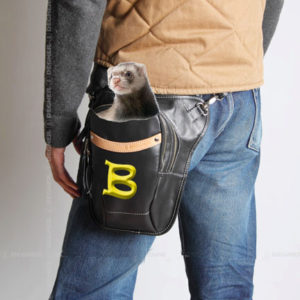 Nils, ready to spring into action!