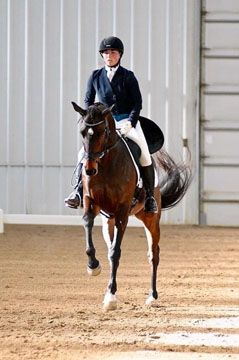 Former student, Nita Sanfilippo now in Illinois, on her wonderful Advanced Level eventing TB, Bully, the last score for her Silver Medal (and she won the class.) 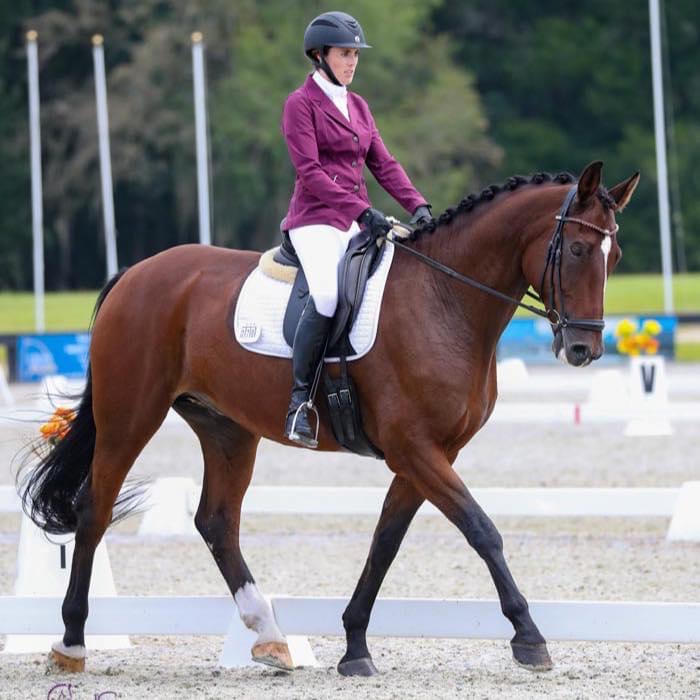 The story of his recovery from a life-threatening injury 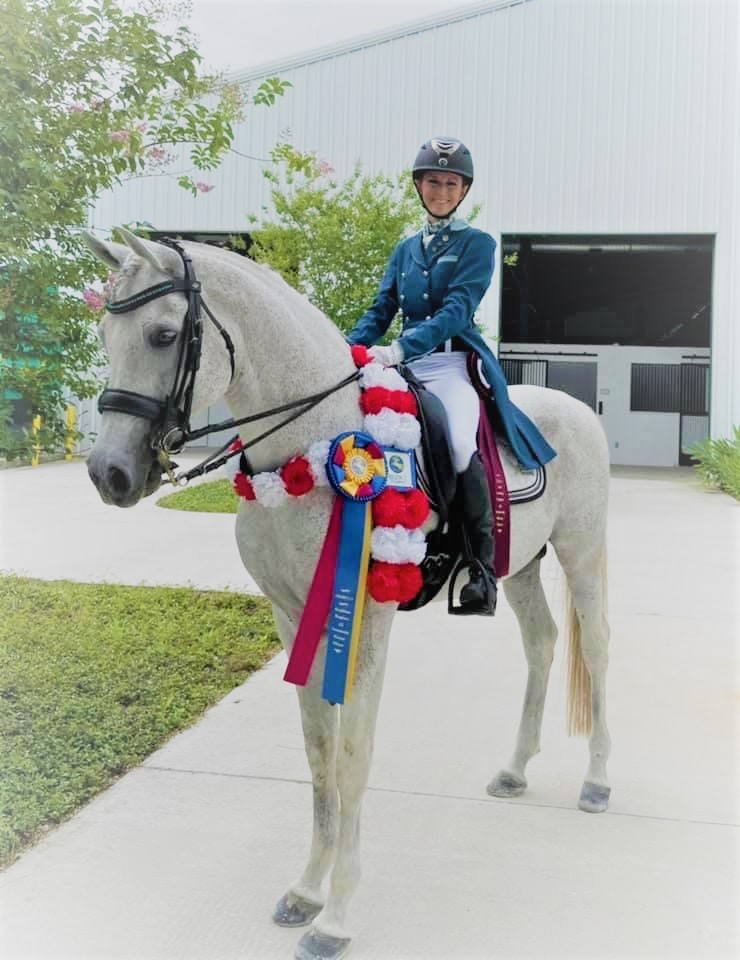 Cara Blanchard Kilbourne a 62+% in the Arabian Region 12 Championships with Steele, winning the Int II. Later in the week also winning the Grand Prix with a similar 62$ score.

Amy Chenard in her first ever dressage show at Alpha Dressage in May on Bo, a 73% in Intro after Jennifer Marchand had debuted him (also in Intro) with a 76%. 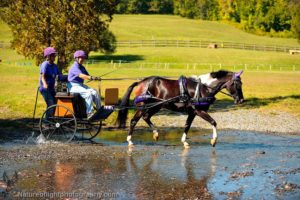 At the Orleton Pleasure Driving Show, Fame with Kim and Thunder won the blue in the Carriage Dog class 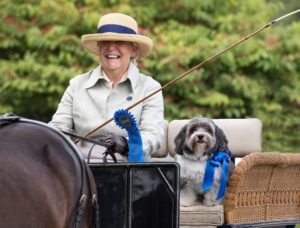 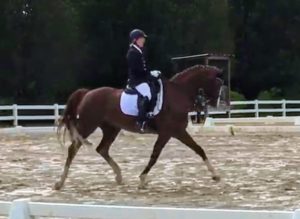 (Above) Debbie Hubbard (MO) on Sleipnir,

Below: Jill Barrera on her Notting Hill (Maks). 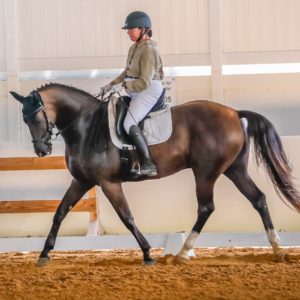 Below:  Fran Harris schooling in the cones on Zylana and then on Luxembourg 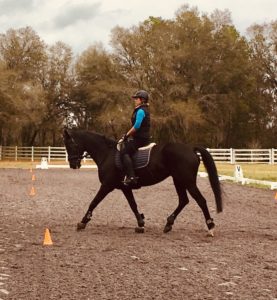 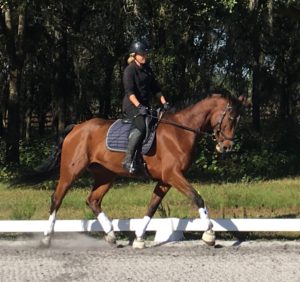 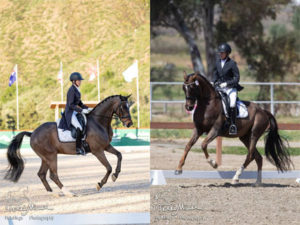 Gail Redinger (above)  on Forman. 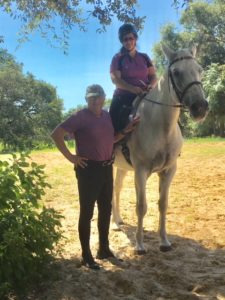 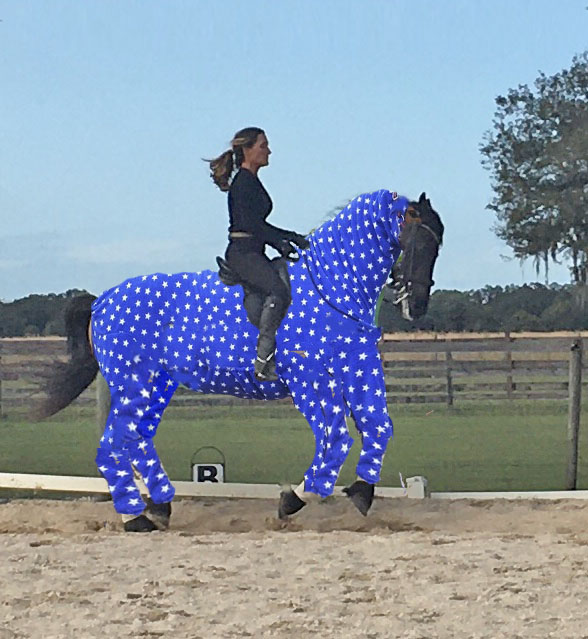 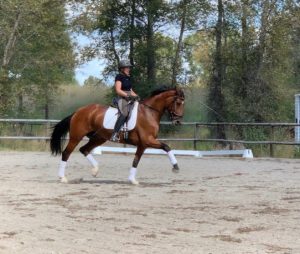 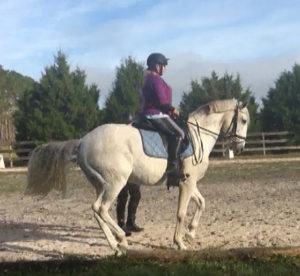 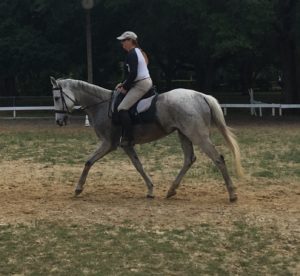 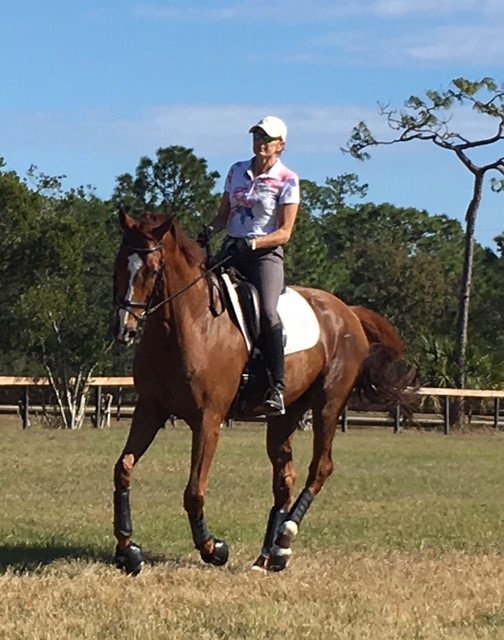 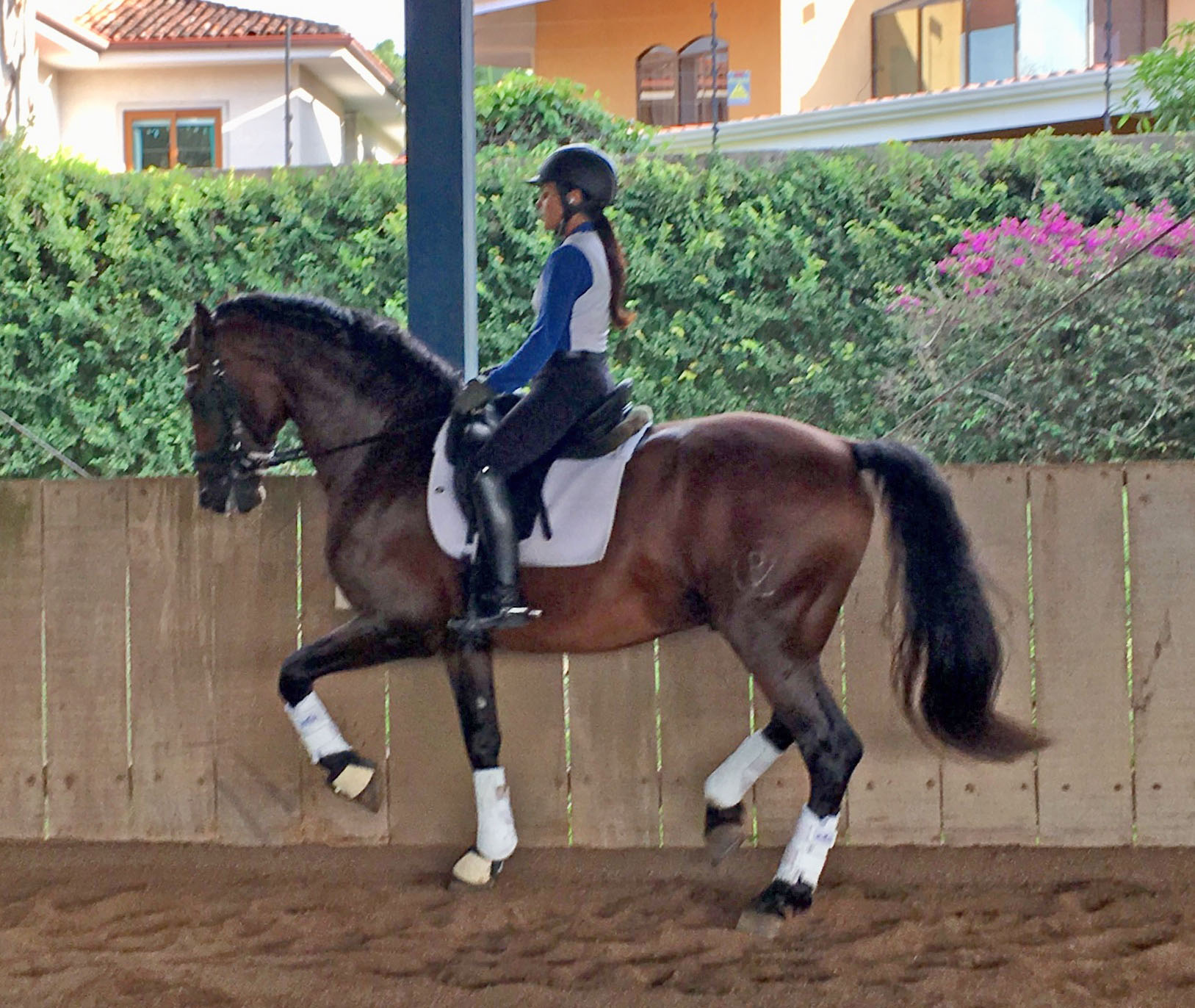 Gloriana Herrera, my top CR student, with Vampiro. Click for brief vid. (Clearer on small screen than laptop size). At the last CDI of the 2019 Spring season at Wellington they scored 67% in the GP Special even after a 2% deduction for an error of curse. 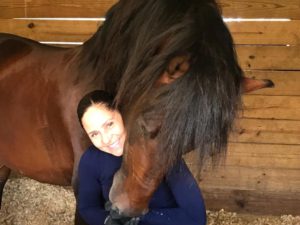 Below: Chris Cox on her Trakehner gelding 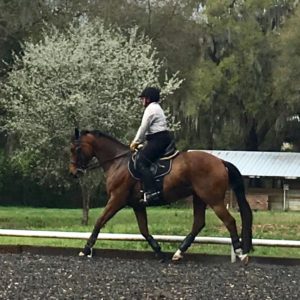 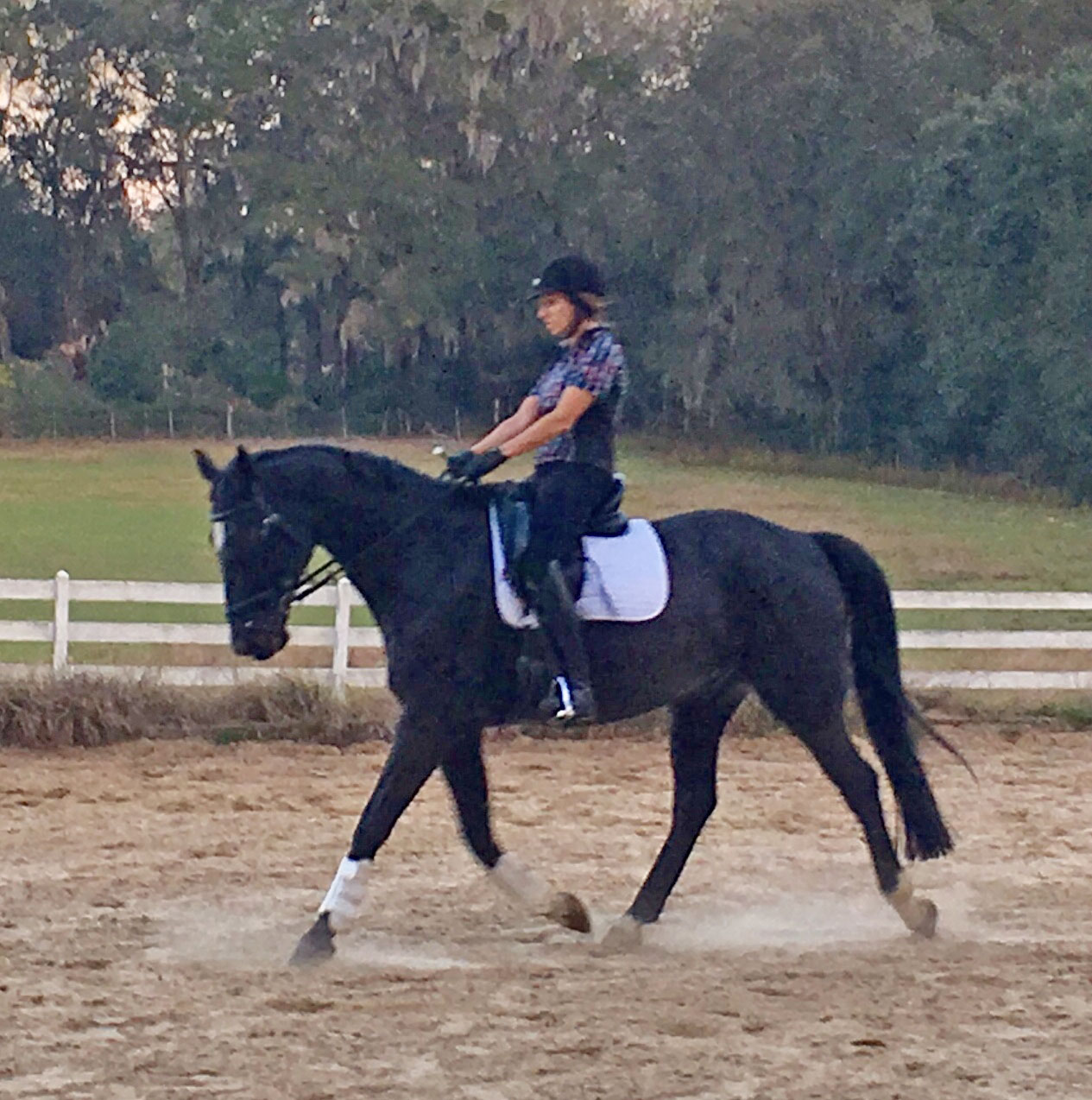 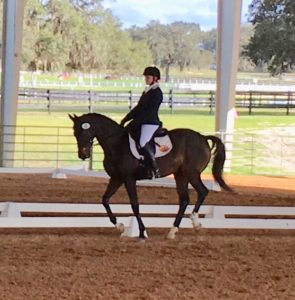 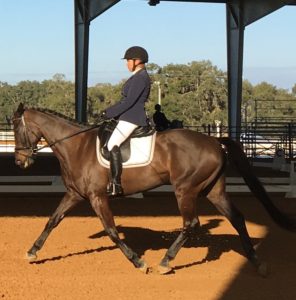 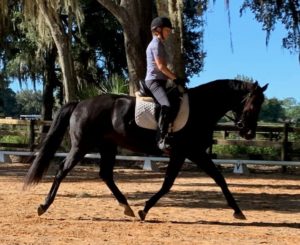 And Jody with her new horse, Jessica Rabbit. 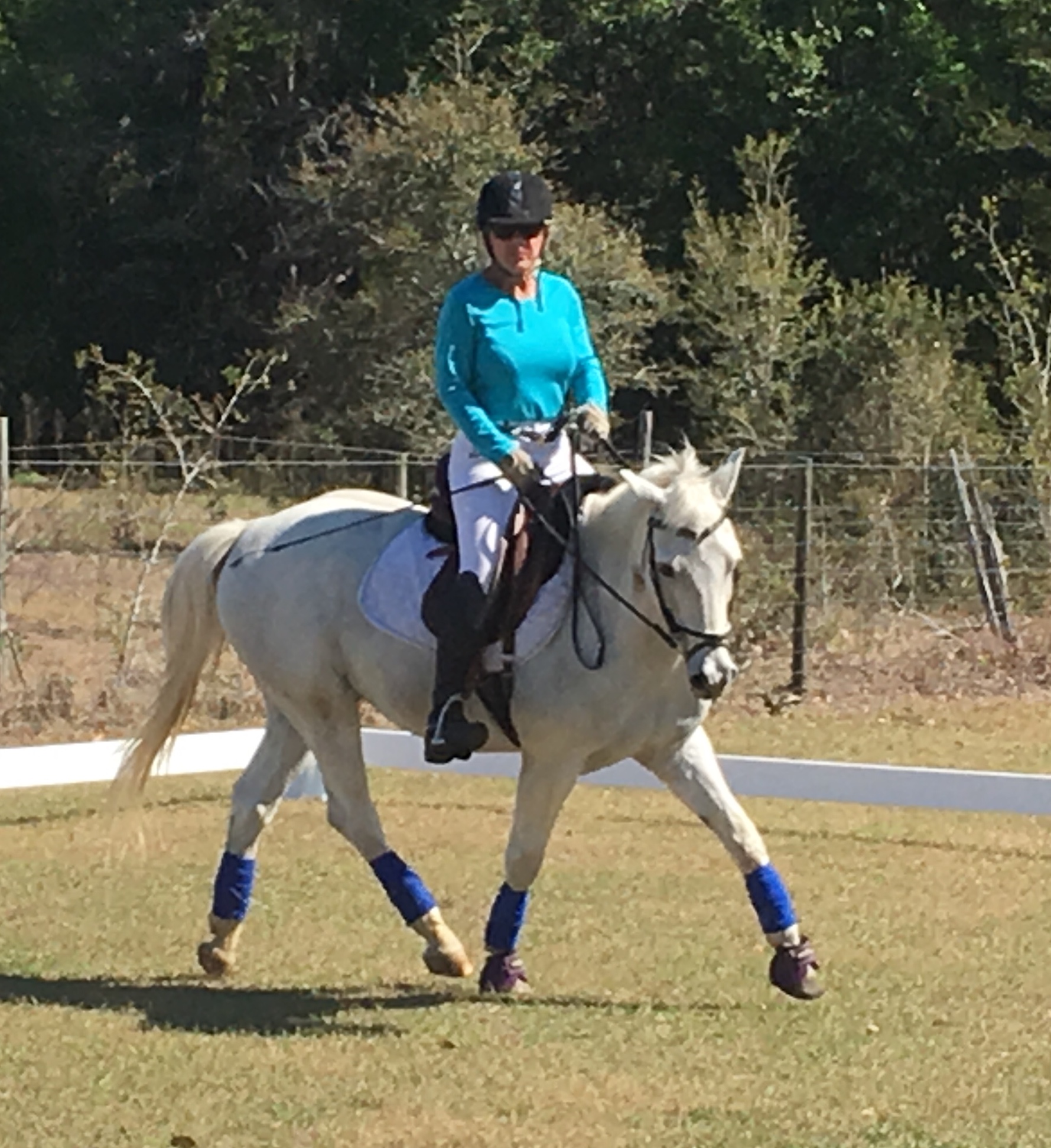 Below: Elizabeth Woods with King, 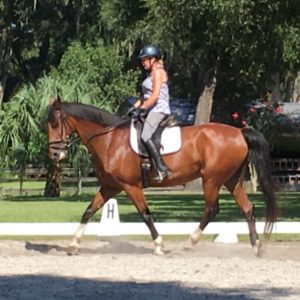 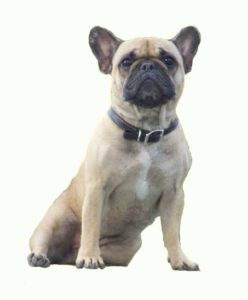 Special memorial thoughts to Four Winds Farm legend Bruce, the French Bulldog, a perennial contender at the North Central Florida Dog Drinking Race. In 2014 he retired the trophy, winning in a close race by three laps!